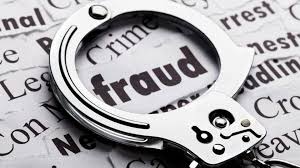 According to a statement issued on Wednesday by the head of Media and Publicity of the Economic and Financial Crimes Commission (EFCC), Dele Oyewale, the convict was prosecuted by the Lagos zonal office of the EFCC on six-count charges  of obtaining money by false pretence and stealing, to which he pleaded not guilty.

One of the charges read: “That you, Aliyu Zakari, on or about the 18th day of July , 2014, in Lagos, within the Lagos judicial division, with intent to defraud, induced Mrs. Obiezuono Adaeze of Maglo Tech Inter Limited to confer a benefit of 1, 762 bags, valued at N17,136, 450.00 (Seventeen Million, One Hundred and Thirty-six Thousand, Four Hundred and