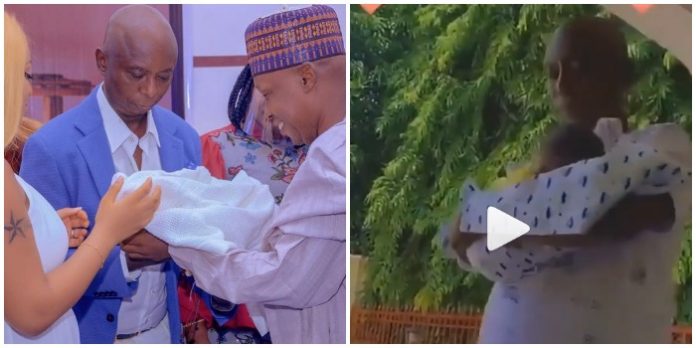 In the video sighted on photo-sharing app, Instagram, the doting dad was seen rocking his son with the actress. 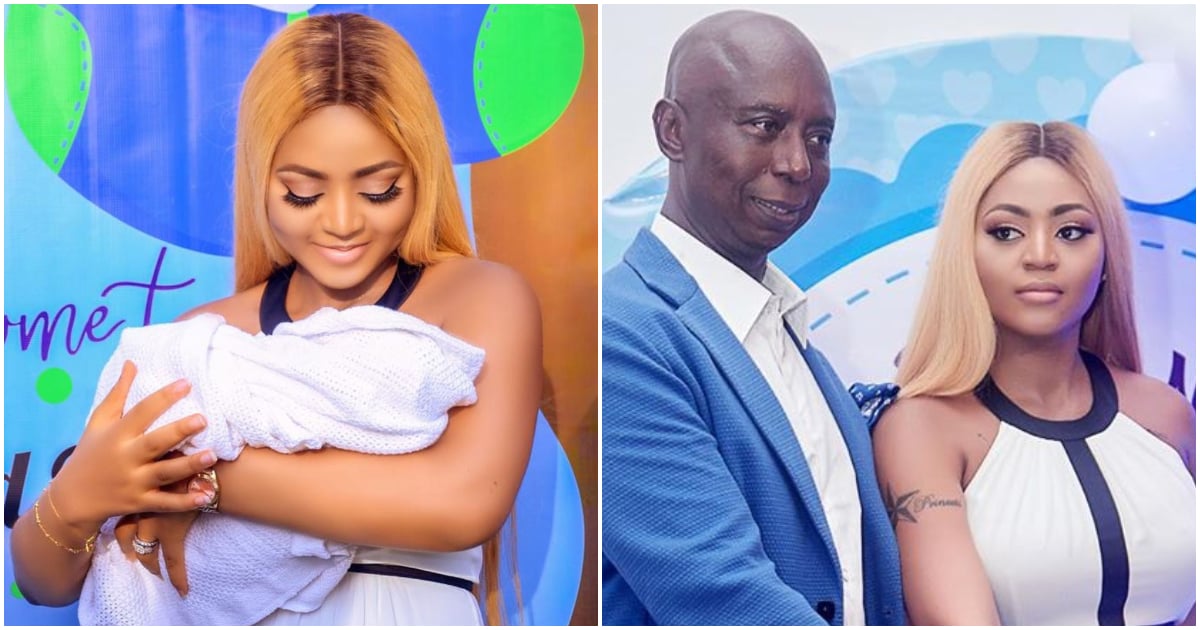 Nwoko appeared to have been spending some time by the poolside of his mansion and he was seen cradling little Munir Neji Nwoko.

One of the billionaire’s daughters from his other wives was also spotted in the adorable clip.

Check it out below:

Ned Nwoko and Regina welcomed their first child together on June 30, 2020. The movie star’s elder brother took to his page on photo-sharing app, Instagram, to share the exciting news.

Regina’s brother also posted a screenshot of his sister who appeared to have taken a video call from him despite still being on the labour bed.

After the news broke, thousands of fans flooded social media to congratulate the actress on becoming a first-time mother with her husband.

A week after the actress welcomed the child; they had a naming ceremony in Abuja that was attended by close friends and family members. Photos and videos from the all-white themed ceremony flooded social media. 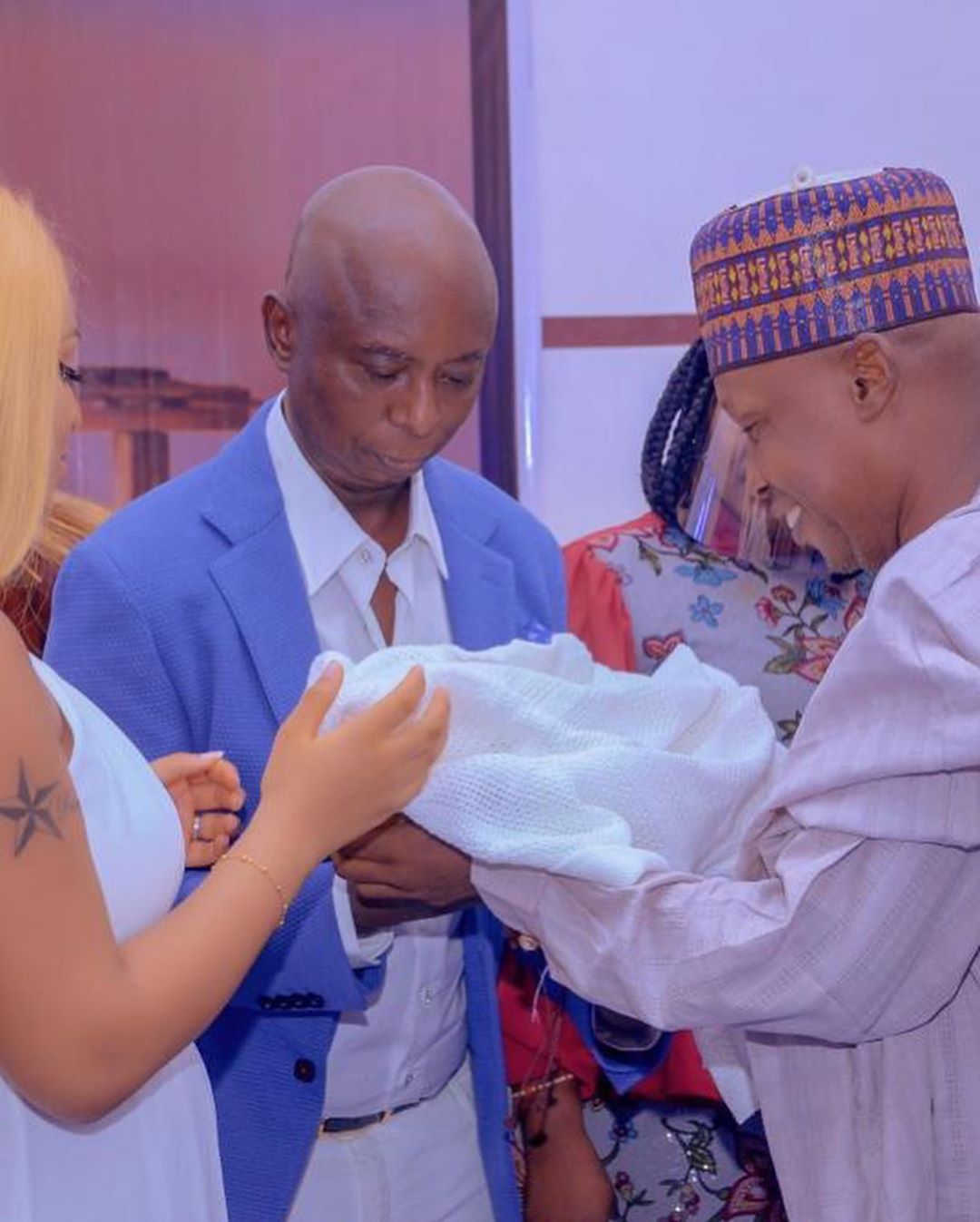 Regina and her husband also announced that they named their son Munir Neji Nwoko.

Still in a related story about the couple, we previously gathered that Regina Daniels in a video shared on social media complained about the non-smiling nature of the father of her child.

The two appeared to have been driving to an undisclosed location and Regina was filming her husband who was behind the steering wheels.

However, she was not satisfied with the fact that the man was not smiling into the camera as she made a recording of both of them.

After pointing it out, the doting husband managed a little smile for his wife.